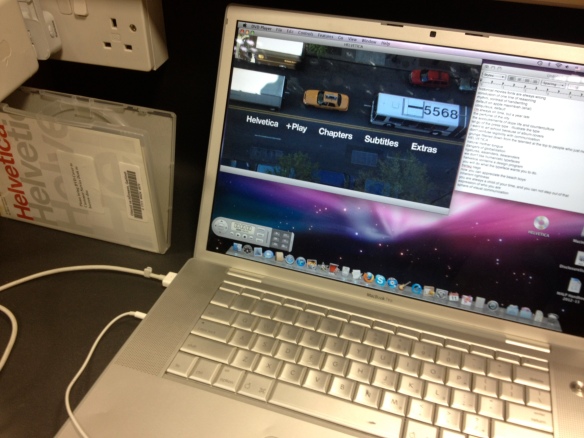 Yesterday, we had our first class meeting of Book History. In kind of a throwaway moment, our professor sang the praises of the font Helvetica. Later that evening, one of my classmates found a link to the trailer for a film called Helvetica.

I attended the premiere of this documentary at South by Southwest film festival in 2007. The film was released in time for the font’s 50th birthday. My friend Jules and I went because she was making documentaries at the time and I had started my desktop publishing courses. I never took a typography class, but I had learned enough to know there was such a thing as typography.

Turns out, they have Helvetica in the NUIG library, so I went over there tonight and had a little viewing. It’s more focused on design than publishing, but the history of a font – THE font – provides a wonderful glimpse into modern written communication.

It’s a little over an hour long, and though it’s no longer as fresh and relevant as it was in 2007, that is the exact issue the film addresses and I think it’s worth a look.

Also, you will start seeing Helvetica everywhere you go. 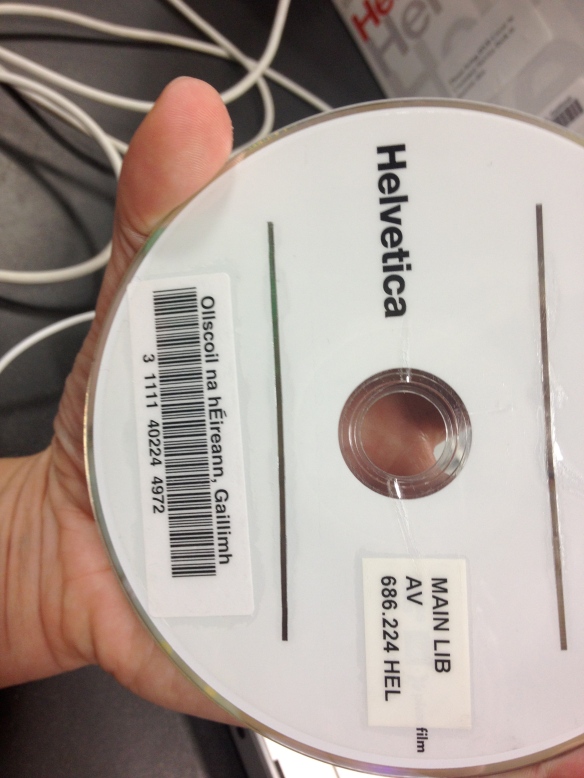 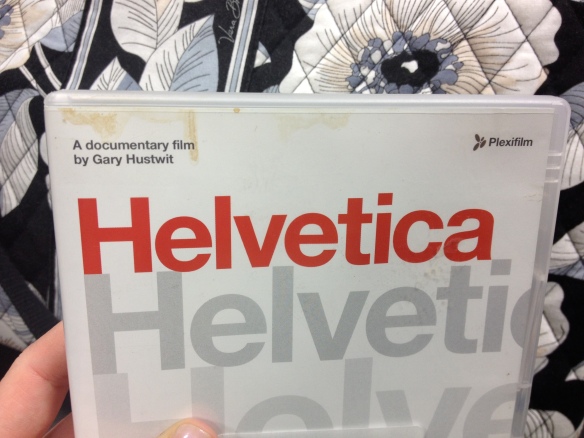 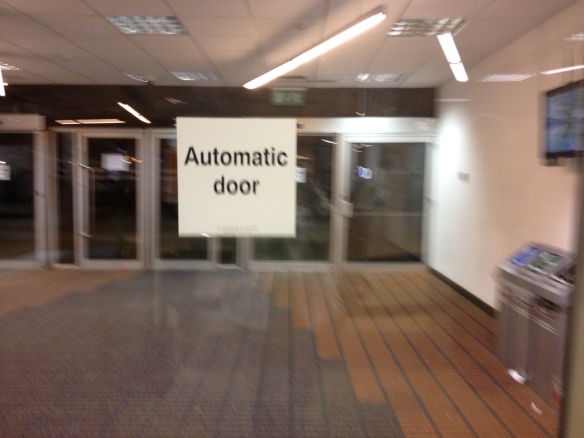