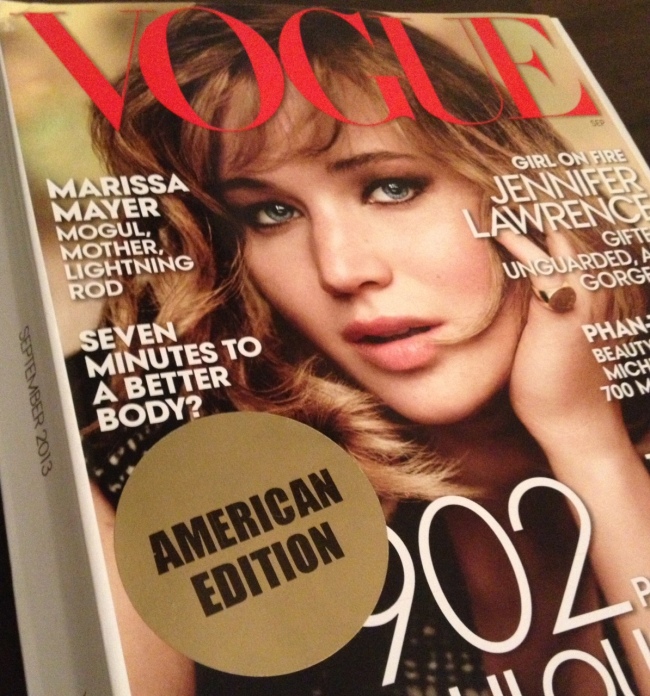 I realize it’s already October and the October issue has been on stands for at least, um, two weeks, but the September issue of American Vogue did not arrive in Ireland until… September. Imagine that.

1) an Irish fashion shoot set in County Kerry featuring the guy from Girls with a model not wearing makeup, and

2) an article on Wendy Davis, possible future governor of Texas and protagonist of this summer’s abortion filibuster, and

3) I had a third justification for buying the magazine, but can no longer remember what it was. We’ll assume it was all the sustainable fashion (there was a lot, and this was the first time I pinned while reading a magazine).